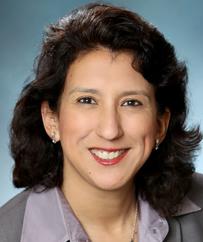 "One example (Park 101) of a place where I think we need to apply this kind of thinking is the area right around Union Station. ELP Advisors is working on a feasibility plan for the Park 101 project, which would cap three blocks of the 101 Freeway as it goes through Downtown Los Angeles.

That investment would create an amazing amenity: parkland right in the middle of the city. It would also knit together the Historic Core, the Civic Center, and the largest transportation hub in the region.

As we look at that, we also have to look at other investments going on in the area, including the Union Station Master Plan; the eventual advent of high-speed rail; the Regional Connector; and private investment going on in Chinatown. Altogether, we can see that this is a district that needs to be comprehensively planned.

It might be a great place to implement an Enhanced Infrastructure Financing District. We’re investing a lot in the public realm that will create value for private property owners. We should be able to capture that value and use the proceeds to fund benefits like affordable housing."