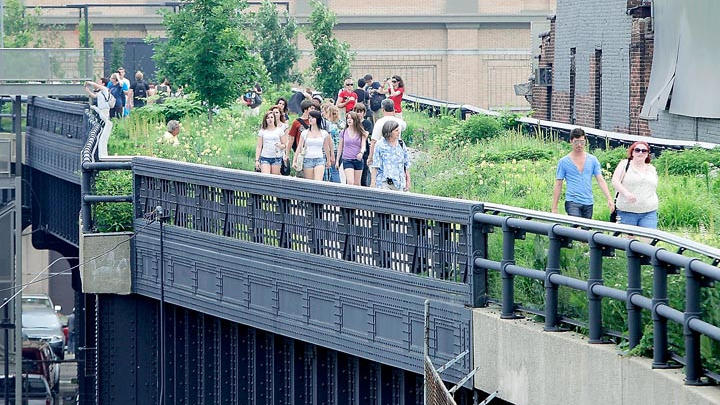 "In downtown Los Angeles, a cap park is planned across the 101 Freeway between Hope and Alameda streets — essentially reconnecting Chinatown and Olvera Street to Bunker Hill and the Civic Center. Another proposal for the 101 would cover the span from Santa Monica Boulevard to Hollywood Boulevard. The latter is closer to realization: Its environmental review process (started in 2008) is nearly complete, and the nonprofit Friends of the Hollywood Central Park has attracted some big donors and grants. The price tag may ultimately determine whether it is built. Feasibility studies peg the cost at $949 million, but other estimates suggest it could cost well over $1 billion."